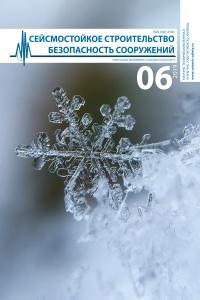 In Syria there are a large number of architectural monuments, buildings and structures that have suffered as a result of past earthquakes and hostilities, such as the Great Mosque in Aleppo, the castle of Krak de Chevalier in the province of Homs, the triumphal arch in the city of Palmyra, etc. The situation is exacerbated the fact that a certain number of existing buildings and structures in Syria does not meet the modern requirements of anti-seismic construction. Therefore, information about the seismicity of Syria is very important for the preservation of monuments of architecture, buildings and structures in this country. For this purpose, the author conducted an analysis of the seismological situation in Syria. The data of historical and instrumental earthquakes in this territory were studied, a table with seismicity was compiled, by analogy with situational seismicity in the Russian Federation, for some large cities in Syria. Values of peak ground acceleration (PGA) were obtained for various earthquake recurrence periods.